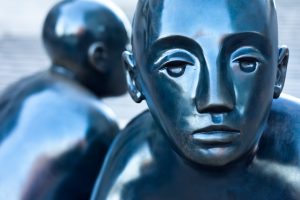 Being ‘in the zone’ or experiencing ‘flow’ are terms now used commonly in sport. They both refer to a mental state of being totally immersed, energised and focused in an activity. In Hapkido we refer to this state as ‘mushin’ (no-mind).

I was discussing this concept with someone recently and recommended that he start to attend CHA’s Ki Meditation classes.  I felt the practice would help him to find a state of calm and reduce his stress levels. He told me that he feared being calm and serene would disarm him analytically and render him less productive at work.  He claimed his work was predicated on a high degree of stress, whilst at the same time recognising the toll this was taking on his relationships and health. So, does being in ‘mushin’ conflict with productive thinking?

Not at all. In fact I would argue quite the opposite – that it actually makes one more productive.  Our minds are always active, no matter how much time we spend in meditation or in the ‘flow’ state.  The aim is not to be devoid of thought, but to be aware of your experience and not to cause stress, anxiety or other such suffering unnecessarily.  Now it’s probably true to say that the elimination of all stress is unlikely. Saint- or Buddha-hood may be incompatible with modern metropolitan life. But, surely the more important question is… how much stress do we have to endure to live productively? More often than not, I believe the answer is… far less than most of us are.

Reducing the stress in our lives often requires greater self-exploration and personal growth – a willingness to go beyond the surface and the strength to examine underlying issues without judgement. Often it requires us to stay with our experiences and feelings a little longer rather than running away or distracting ourselves. When we can sit with something, without judgement, we can start to understand our minds and ultimately let go. In many ways, this is the goal of  Hapkido training…

Two important qualities that may help us on this path are discussed further in ‘Loosening the grip.’